Following the success of last summer’s 'She Stoops to Conquer', Rain or Shine Theatre Company are delighted to bring to you for our summer 2022 season 'The Recruiting Officer', a bawdy Restoration comedy by Irish playwright George Farquhar.

One of the most popular plays of it's time (more performed than Shakespeare or Farquhar's contemporaries) this is a delightful romp through 18th Century Shrewsbury.

The story follows the mischief of crooked army recruiting officers, Captain Plume and Sergeant Kite, as they head to the county town of Shrewsbury to persuade men to take the Queen’s Shilling by any means, legal or otherwise!  Plume has set his cap at the richest heiress in town, the demure Sylvia, and their bumpy path to true love is mirrored by their closest friends, nervy, melancholy Worthy, and haughty, comically self-important Melinda. Help and hindrance come in equal measure from Captain Brazen, the foppiest of Fops.

Be prepared for saucy shenanigans in a hilarious romp awash with deceit, passion, and surprises galore! 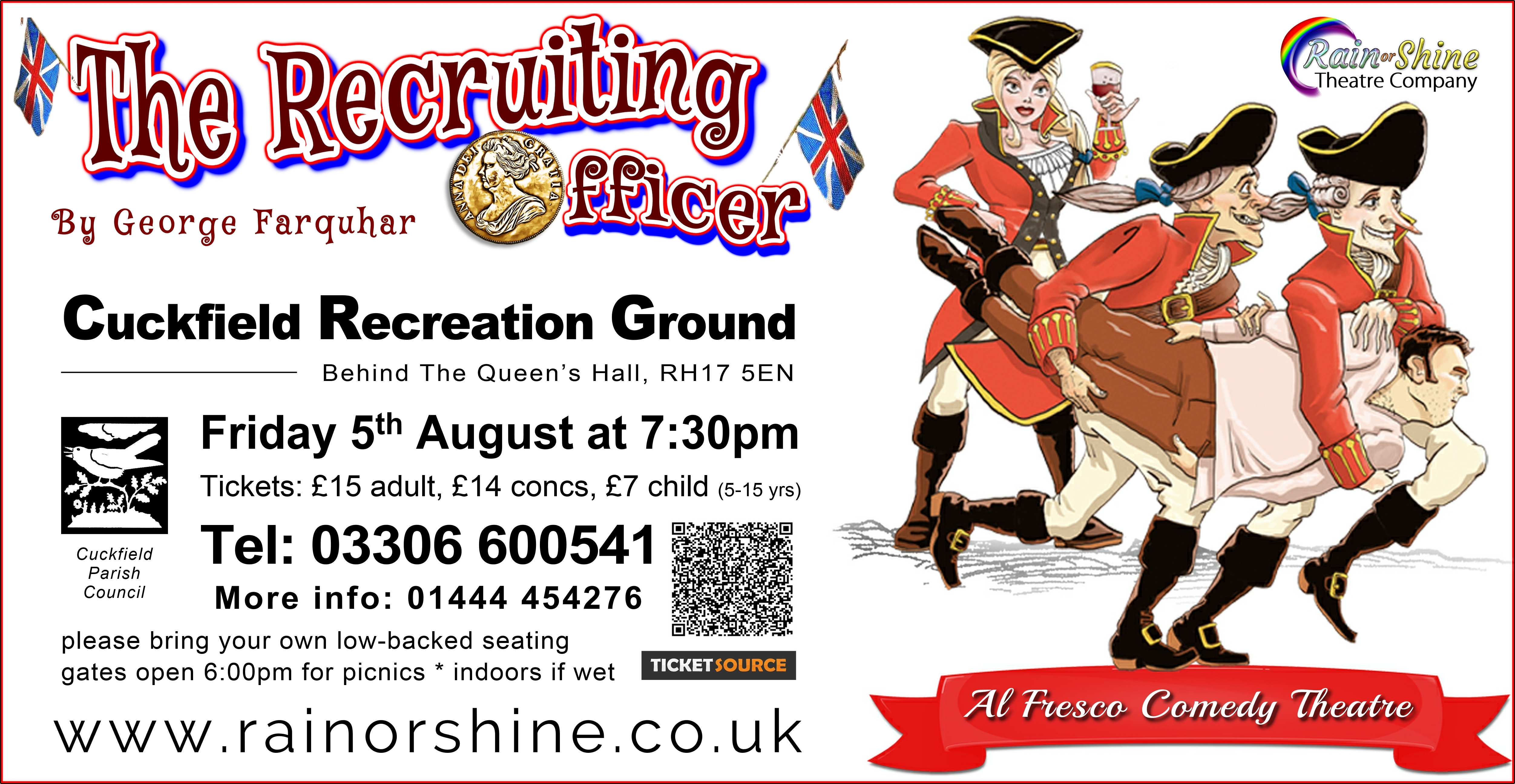